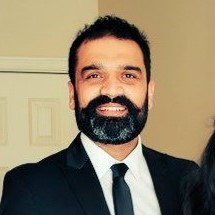 Lazy loading concept has been know for a very long time. For definition and more details, click here

I have been part of the ESLint JavaScript lint library for quite a while now. Overtime as we added more and more rules and started depending on more external dependencies, our load time of the library gradually started increasing. Recently people started talking about how it takes a long time for to load before it can actually start doing any thing. After hearing a lot from people I decided to concentrate on this area and find out whats going on and how we can improve the load time of the library.

First step was to benchmark the current loadtime of ESLint. To do that I needed a tool which could measure the require time of ESLint and also the require time of all of its dependencies individually. After setting these 2 goals I started hunting for modules which can do such benchmarking for me. The results was that there was no tool to do such a benchmarking for me. This led to the creation of a module called load-perf, which does load benchmarks for your module and its dependencies including devDependencies. After creating this tool I was set to take up the challenge of improving ESLint load time.

After phase 1, I decided to tackle the problem by doing the following things:

With ALL rules active

You may also enjoy

Call useEffect only when one state changes but still using other states inside it.

React - How to use keys to avoid using getDerivedStateFromProps

How to use keys to avoid using getDerivedStateFromProps